In January 1998 Douglas Watson bought Simpson’s Nursery from John and Cath Simpson. The nursery had been operating for some 15 years.

Doug chose to rename the nursery business as Doonholm Nursery which was the name of the farm he grew up on , on the outside of Nairobi in Kenya.

Douglas grandparents were some of the first settlers in British East Africa as Kenya was then known and the farm they established was called Doonholm Farm, a mainly dairy farm.

J.K. Watson was a true pioneer responsible for many of the early buildings in Nairobi and imported the first herd of Ayrshire cows into Kenya.

J.K Watson came from Ayre in Scotland and the name Doonholm is Gaelic and refers to the Doon River in Scotland.

Doonholm Nursery has progressed to being a leading Herb and Ground Cover Nursery in Gauteng and has won numerous awards for excellence at the South African Nursery Association’s  Trade Days.

Today Doonholm Nursery has expanded to double it’s original size and supplies Herbs under the ‘Healthy Living Herbs’ brand. Ground Covers under ‘Cover Itt’ and Succulents under the ‘Amigo’ brand.

Louis van Aswegen joined Doonholm Nursery in 1999 and has become a Director of Production and a partner in the business, who’s uncompromising standards have resulted in the high quality of plants produced by Doonholm Nursery. 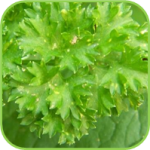 , or petroselinum sativum, has been used as a culinary herb for over 2,000 years and is one of the most nutritious of all herbs. There are basically two main types of parsley, which are widely used in an Italian kitchen:
Moss Curled Parsley – The tightly curled variety that is most often used as a garnish, and
Italian Flat leaf Parsley – used to season a wide variety of dishes.
Italian flat leaf parsley has the best flavour, and is used in soups, sauces, stews, and adds a zesty flavour to salads. It combines well with seafood, as well as grilled or roasted meats. Add parsley during the last few minutes of cooking, to retain the most flavour, as well as its bright green colour.

Fresh, washed and dried parsley can be deep fried for 5-10 seconds, and will retain its bright green flavour. This crisp, tasty treat makes an interesting, edible garnish.
Parsley is often used combined with garlic as a base for many sauces.